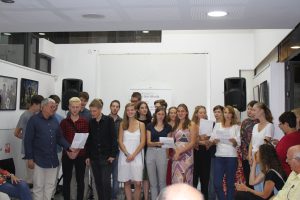 In September a new group of volunteers of Action Reconciliation Service for Peace arrived to Israel and to Jerusalem.
During their first days in the country they participate in a two weeks welcoming Seminar, which take place at “Beit Ben-Yehuda” Meeting Center, where they study Hebrew and getting their first insight into the Israeli society and the city of Jerusalem.
At the end of the seminar they move to apartments allocated all around Israel, in the places where they will volunteer during the year.
This year, between the end of the Seminar and the beginning of the work in the Projects, we have celebrated Sukkot – a one week long holiday, reminding us that during the exodus from Egypt the people of Israel were living in thatches (or as they are called in Hebrew: Sukkot). During the first two days of Sukkot, members of the friend circle of ARSP in Israel have hosted the volunteers in their homes. I had the pleasure to host two girls from the group during the holiday.

I’m a member of a traditional conservative community. On Sukkot we build a sukkah. During the first evening of the holiday, we gather there, pray and then eat in the sukkah, an evening which we visited all together.
First we had the prayer. Different then in the orthodox communities, where men and women sit separately and only men are allowed to read from the Tora or serve as cantors, in our community women and men are sitting and praying together. There is no separation. And women read from the Torah, lead the service and serve as cantors as well.

After the service we gathered in the big sukkah. Each guest had brought a dish for the shared meal. There was an enjoyable meal followed by a communal singing of the special songs for sukkot and other Israeli songs.
Together we rearranged the place at the end of the evening and returned to our homes.
I believe the girls enjoyed the evening and the explanations about the holiday and the prayer.
At the following day we toured Jerusalem. We visited the German Colony neighborhood and its main street “Emek Refaim”.
We showed them the ancient houses that were built by the Templars. He impressed
The very same thing and especially the invention of the memorial table on one of the houses that tells all the story of the Templars in Israel.
At the end of the holiday the girls left and returned to their apartment. The next day they were to begin their work in the projects.
A first encounter with life in Jerusalem, with people who they do not know, in a language they do not speak, working with children who do not speak English. A lot to cope with.
We wished them success and said goodbye.

I hope they get along and enjoy Jerusalem.
Ayala Lavi. 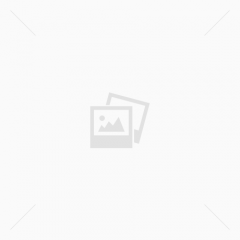 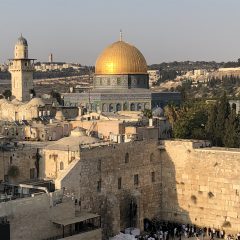 “If you will it, it is no dream” – vision, reality, challenges Due to Covid 19, our travel programs in
@Ben-Yehuda House 2017
BuiltIN BuiltIN
Scroll to top